Challenge: Born with no arms

For Alvin Law, having no arms as a child was little more than an obstacle. His family taught him that he could be whatever he wanted to be, and that anything was possible with hard work and a proper attitude. Alvin was born without arms as a consequence of his mother's use of thalidomide while pregnant, thinking it was completely safe, used just a couple of the tiny pills and their lives were forever altered.

Faced with no hope in their minds, Alvin's birth family courageously gave him up for adoption, hoping and praying that someone else may be more prepared for the welfare of this pitiful newborn. Their prayers were answered.

Hilda Law was a fifty-five year old foster mother, who, along with her husband, Jack, took in neglected and abused children, loved and encouraged them back from their hopelessness and through social service programs, sent them to couples yearning for adoptions. They were truly special people. 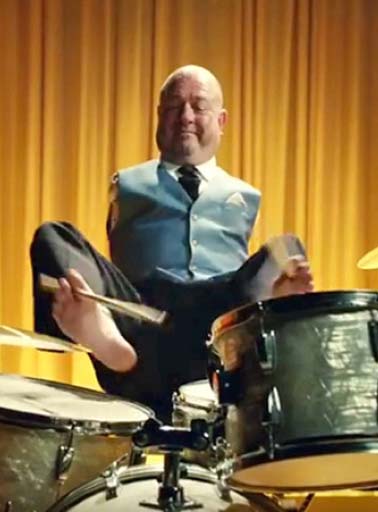 One day in 1960, the most disturbing case they had ever seen was presented to them. Take in a sickly, deformed baby whose future seemed certain. He would never possess any quality of life but he deserved more. Who knew?

Not only did Hilda nurse him back to health, but her intuition said lurking inside this impossible scenario was hope. Through the Laws faith, dedication and infinite belief, little Alvin learned to use his feet for hands.

Over time, Alvin learned to perform routine activities using his feet alone, including eating, dressing and grooming himself, driving, sewing, playing sports, and playing drums, piano, and trombone. He attended regular elementary and high schools, even though at the time handicapped children were usually placed in institutions or special education programs. Within an impossibly short time, he became an award winning musician and graduated from high school with honors. He then graduated, again with honors, from College and embarked on a career in Broadcasting.

In 1981, he took a hiatus from disc-jockeying in FM Radio and joined a company who, through a federal grant of the International Year of Disabled Persons, conducted awareness seminars in hundreds of schools across the province of Alberta, Canada. Thus began his adventures in the field of motivational speaking.

After working for the Saskatchewan Abilities Council, an Easter Seals agency, he ran, unsuccessfully, for a seat in the Provincial Legislature. He also worked in advertising, public relations and the civil service of his beloved home province.

In 1985, his pride and joy, Vance, was born. In 1988 he quit a lucrative government job, fulfilled a long-time dream and created AJL Communications Ltd. His career as a full-time professional speaker was born.

Since 1976, Alvin has played a direct role in raising over $150,000,000 for charity. Hes also dabbled in acting, playing a role in a quirky creative film, Julien: Donkey Boy and in a life highlight, played an armless preacher in an episode of the hit television series, The X-Files. Alvin has appeared on countless telethons, media features and has been the subject of two award winning television documentaries. The first, "Alvin, His Best Foot Forward" was shown across Canada in 1978. The second, "Broken Promises", focused on the plight of Canada's Thalidomide victims and after its Canadian showing was seen on American Public Broadcasting's "Frontline". Re-named "Extraordinary People", it was nominated for an Emmy Award. Alvin has appeared on The Joan Rivers Show, "How'd They Do That" on CBS, CBC's "What On Earth" and ABC's "Frontrunners". This segment about Alvin received an Emmy Award.

Alvin often says, he always knew angels existed. In 1991, he met one and in 1993, he married Darlene. In 1995, his son Vance came to live with them, and in 2000, they moved to Calgary, Alberta, where they now reside with Jazper, Ray and Dexter the dogs and Trixie, the cat.

In 2016. Alvin along with other Can-Do Musos members were involved in the We're The Superhumans campaign in London for the Rio 2016 Paralympic Games.