Charles Hazlewood has been a relentless advocate for broadening access to orchestral music worldwide, and in all the years he has toured the world working with orchestras, he realised almost none had a single disabled musician.

Charles Hazelwood says "I conduct orchestras around the world, and I can count on the fingers of one hand the number of musicians with a disability I have encountered anywhere. 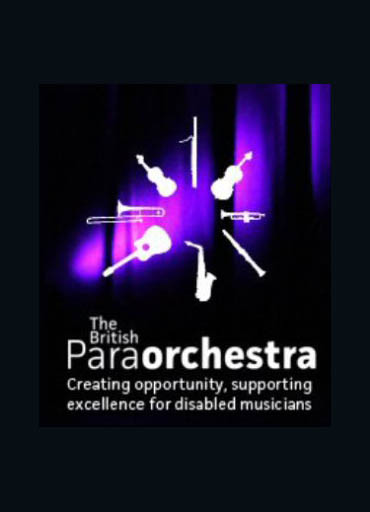 There is no platform for musicians with disability, very little in the way of funding - and therefore access to the often-necessary technologies: it is virtually impossible for anyone from this community to make a living as a professional musician."

Paraorchestra is showcasing incredible musical talent that lies undiscovered. Our vision is to create a platform for the best and most able musicians with disability to perform and excel at the highest level; to create a world stage for a whole community of gifted people whose enormous potential is currently overlooked.

"I would rather be able to play an instrument again than walk. Theres so much joy that I can get from playing an instrument and performing. Its removed some of the paralysis." says British Paraorchestra member Clarence Adoo who played Trumpet for Courtney Pine before a serious car accident in 1995.

The Paraorchestra's musicians come from a variety of backgrounds and bring a dazzling range of musical styles and influences to the ensemble: from drum and bass producers to Baroque recorder; from lute to Indian sitar & tabla; percussion to clarinet; laptops and specially designed software to viola. There are currently 26 musicians in the ensemble.

The British Paraorchestra made its official debut at Orchestra in a Field, in the grounds of Glastonbury Abbey, in July 2012. This was followed by headline performances at the Unlimited Festival, Southbank Centre, as part of the London 2012 Festival, and at the prestigious Snape Proms in Aldeburgh. The Paraorchestra composed and recorded the theme music for Jon Snows Paralympic Show on Channel 4 TV and also performed live at the official team launch of ParalympicsGB. The highlight of 2012 for the British Paraorchestra was undoubtedly the Closing Ceremony of the Paralympic Games, when they inspired millions of viewers round the world with their thrilling performance with Coldplay. Channel 4s "Great British Paraorchestra" documentary, screened just before the Paralympics Closing Ceremony, followed the remarkable story of some of the musicians as they prepared for the Paraorchestras debut.

On 3 December 2012, coinciding with the United Nations' International Day of Persons with Disabilities, the British Paraorchestra recorded a version of "True Colors". Accompanied by the Kaos Signing Choir for Deaf and Hearing Children and notable British Paralympians, the single was released to support ParalympicsGB (in preparation for the 2014 Winter Paralympics), as well as the future development of the Paraorchestra and Kaos Signing Choir.

Discussions are well underway for engagements, projects and collaborations in the UK in 2013 and 2014, including plans for an album. A priority for the British Paraorchestra over the next few years is to develop new opportunities for dialogue and collaboration with a diverse range of musicians, as well as with other artists working in different artistic genres. The British Paraorchestra is expanding its international network, believing passionately that in years to come there will be Paraorchestras in many countries worldwide. The success of the British Paraorchestras performance at London 2012 is a spring board for the ambition to create the first world Paraorchestra, made up of musicians from participating countries in the Paralympics to play at the Rio Games in 2016. 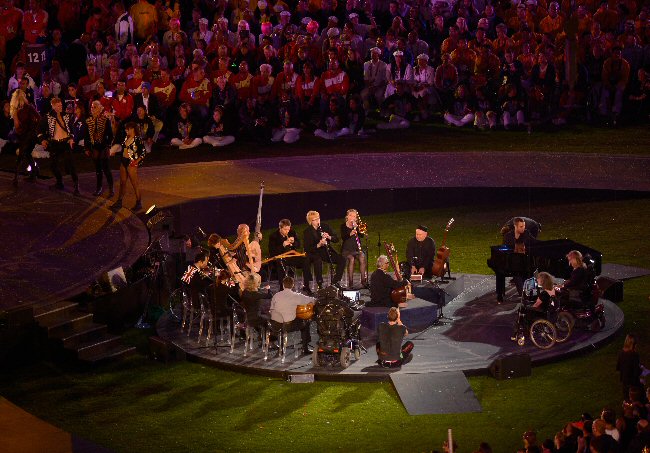