Kane Whistance was born in Melbourne in 1988. "Connie had an old guitar in her room.. I was only about 3 years old" says Kane.

He started getting lessons from Yestin Griffiths and also took lessons at school, but the principal said there was no way that Kane would be able to master the guitar, "buy him a snaredrum" because his fingers were "just like matchsticks" as a result of his cerebral palsy.

In 1999, Kane had a guy, Amon, come from Melbourne and he taught him how to play the Rock n' Roll genres.

Kane's uncle had a friend, Steve, and after Amon sadly left, his uncle's friend took over this role. Steve taught Kane from 2002 to 2006, which developed into Kane's professioanalism, and his success in the Big Bag Band in August 2006. 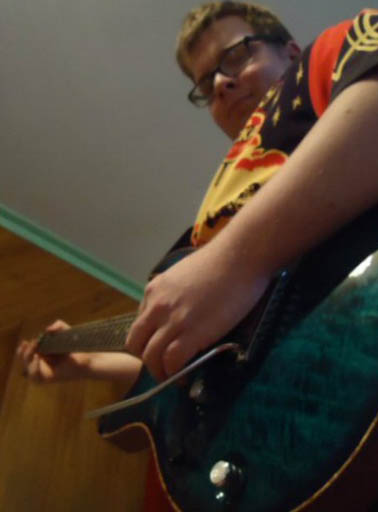 From August 2006, Kane has been involved in four sold out performances in and around the Geelong region. Kane owns 2 Matons, an electric guitar, an acoustic, 2 Fender amps, Yamaha guitar and a Fender Telecaster. Kane also had the rare previlidge to meet Tommy Emmanuel in 2003 when he was in Geelong at Geelong Performing Arts Centre. Kane says "One day I would like to be remembered as a decent guitar player, along the lines of my heroes - Chet Atkins, Tommy Emmanuel, Phil Emmanuel and Hank B. Marvin".

Kane adds "I have bean playing guitar for 20 years now iam looking for some more work in Geelong."