Lokust Luciano is the first rapper with Cerebral Palsy, who has been active in multiple facets of the Hip-Hop scene since 1998, when he began writing lyrics and producing at 9 years old, shortly after he miraculously got himself out of his wheelchair for good.

He has been active on the west coast for the last 10 years, touring regularly across California, Arizona, and etc, all while staying true to his views and not conforming to the "mainstream norm" he has managed to garner the attention of several prominent figures in the music industry by being"raw and unrefined" with his lyrics and attitude, and his "go f*** yourself approach" towards those who copy others, instead of being genuine and original.

He was born in Fort Meyers, FL on June 21st 1998 and moved away a few years later to Bakersfield, CA around the age of 5.

He grew up poorer than most kids, and subsequently had problems making friends, or finding acceptance. He discovered poetry via an Edgar Alan Poe book he checked out at the library at school, and began writing poetry in the summer of '96. 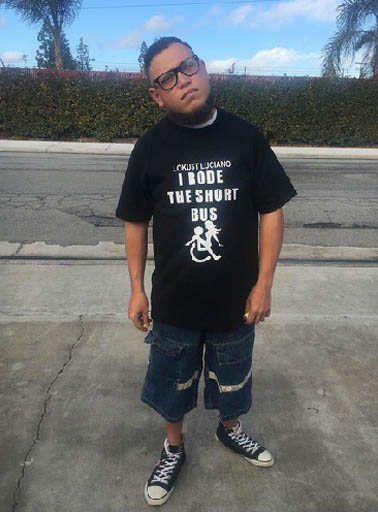 A few months and several poems later, he was given a hard copy of Tech N9ne's "Calm Before The Storm" by one of his cousins (who would sadly pass away a short time later) and was instantly hooked to rap music. He began writing raps more than poetry, and decided to take up rapping in the winter of 1998.

This did not sit well with many of the kids at his local school. He was met with harsh criticism by most of his peers and called many nasty names because of it. This did not deter him, and he kept writing despite the ridicule. He still writes today, and is building his name with every tour he's on.