Accomplished pianist, composer, arranger, choir and band leader and conductor, author, lecturer in Persian and Arabic language and literature, Meysam Khataminia is presently one of the most influential blind artists in Iran.

He learned music from his grandfather and uncle from a young age and it became evident he was exceptionally gifted in this field. Meysam applied himself diligently to comprehensively learn the theory of music, and benefited from the influence of prominent Persian professors of piano, composition, vocal, pop, jazz and Western classical music such as Mohammad Nouri, Javad Maroufi, Naser Cheshmazar and Mahmoud Rezaei.

When he was just 19 years old he achieved the equivalent of a masters degree certificate in teaching piano and solfège. He taught in the cultural centers of Tehran and was awarded certification for the leadership of a choir by the Cultural-Artistic Organisation of Tehran Municipality. With the formation of his choir of blind students in 2002, and then at the Mehr Cultural Center in Tehran University, Meysam created a dramatic transformation in the theoretical study of music for the blind. In 2004, he founded the Afra Music ensemble and performed a series of concerts in cities around Iran. As the director and leader of this ensemble, Meysam was repeatedly acknowledged by the Art and Social Organisation, and in the Iranian national disability music group competition, the Afra Music ensemble won first place in the festival three times. 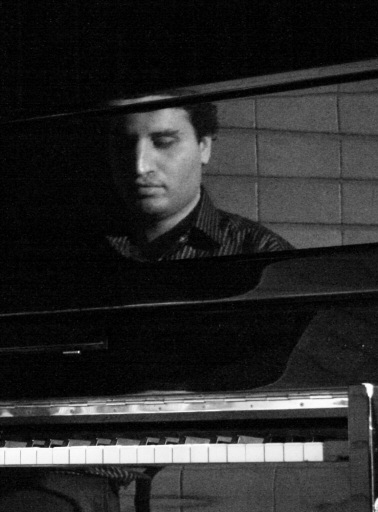 In 2009 Meysam founded and managed the Afra Music School under the supervision of the Ministry of Culture and Guidance. The school currently has approximately 500 students and more than 30 teachers, teaching traditional, pop and classical music. Facilities include professional recording studios, salon and small stages for informal gatherings and recitals, three separate apartment units, and 12 teaching rooms, making it the best music school in eastern Tehran. Every six months the school presents a concert of talented students, and has created a great deal of inspiration and stimulation among the students by conducting artistic tours, and arranging experienced academic consultants to evaluate and give advice.

When he is not teaching, Meysam is busy playing concerts with various well-known singers and recording piano on innumerable albums. He collaborates as composer, arranger, pianist, synthesizer player, melodica player, accordion player and director and leader of the orchestra. He has performed widely as a soloist and band member throughout Iran and the Middle East and in Asian countries including India and Nepal, and recently with his multi-national interdisciplinary blind fusion trio Mirage in Singapore.

Meysam has also published many articles and written two books in Persian on music theory and piano lessons levels one and two, and is regularly commissioned to compose and arrange vocal and instrumental pieces, some of which can be heard on his YouTube channel.