Sonic Vistas is a music and visual art projection project for an ensemble of deaf and disabled musicians, initiated and led by Ivan Riches. Integrating audio, visuals & access via AMT (Assistive Music Technology) it has become a new, crossover artform.

What makes this project so special is that it uses the most up to date technology to open up the joys of making music to anyone, no matter how much their impairment might impact on their physical ability to play an instrument. Yes, Sonic Vistas is at the cutting edge of what is called Assistive Music Technology.

The man behind the project, musician and videographer Ivan Riches, planned the project to showcase the technology to it's very best. Sonic Vistas has become a band that not only pushes the boundaries of what is physically and technologically possible in the world of music, but it's done it with some really catchy pop/rock tunes. 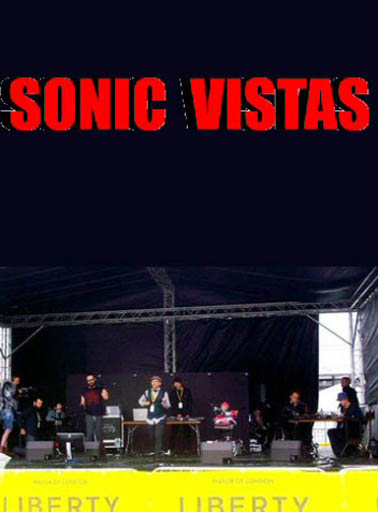 To a backdrop of videos that have all the lyrics to the songs of their set, Sonic Vistas musicians Sophie Partridge and Rosie Vachet, who both have impairments that would deny them a chance to play conventional instruments, will play assistive tech that demonstrates their huge talent and skill.

They use equipment such as a soundbeam, which uses air pressure to trigger electronic instruments, and i-Pads loaded with software that turns them into any instrument you can imagine. Tech wizard Kris Halpin will unveil a huge leap forward in music tech, the MiMui Gloves, used for the first time in anger on this project.

The gloves convert hand movement into MIDI data which allows them to trigger computerized music. Until you see Kris do "air guitar" style movements that actually make guitar sounds you haven't seen music live. We have Deaf rapper MC Geezer doing song sign, alongside his polit-rapping and Howard Jacques doing things with micro synths that twist the mind. Alongside all this outlandish tech Ivan and Howard play conventional synthesizers.

Sonic Vistas' debut gig was at the Mayor of London's Liberty Festival 2015 on the 26th of July 2015. Part of that performance was captured by Channel 4 and shown as part of their National Paralympic Day programme aired on Saturday 2nd of August 2015.

All together Sonic Vistas create something that rocks out, while asking why shouldn't rocking out be for all. 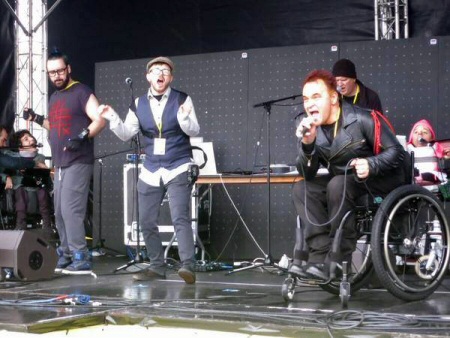 We Are Sonic Vistas