Sonora Boteritos is a band consisting of dynamic, talented and highly motivated individuals with moderate and mild Developmental disabilities which include Autism Spectrum Disorder, Down Syndrome and intellectual disabilities. They were born in the facilities of the FOUNDATION SCHOOL OF ART BOTERITOS WORKSHOP, in the city of Cali, year 2007. The director, Elena Fernandez, initiates a musical process with the students using some musical instruments so that the students touch of form Free and spontaneous.

At the time they discovered that music produced emotional and spiritual gratification; They realized that they were happier and more united; Who were in better health. They began to overcome the problems and difficulties presented to them in life.

In 2009, the director of the foundation invites Ricardo Girón, a music graduate, to musically train the students, and there he initiates a new process by acquiring new instruments and organizing rehearsal schedules. 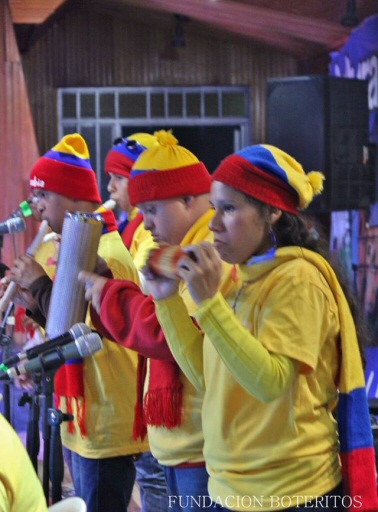 In January 2010 he participated in the formation of an inclusive choir with children from the Luis Carlos Peña School, Santa Librada School Headquarters and young people with disabilities from the Boteritos Foundation, with the support of the Rodrigo Arroyave Foundation in the city of Medellín.

In 2011 The BATUTA Foundation invites the group to participate in its programs, promoting social inclusion through music, as an alternative to discover and develop all the potential they have. The musical presentations of this project were realized in the facilities of PROARTES, Cali.

In the year 2015 acquires two new musical instruments: timbal and congas. This is how the group perfects their music with new rhythms.

In 2016 the group was invited to participate in the 3rd INTERNATIONAL FORUM AND FESTIVAL. 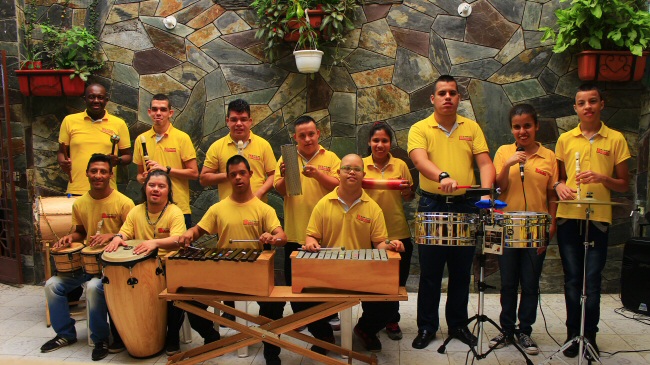