W. Ian Walker a trained arts administrator and fundraiser, musician, chorister and choral conductor. In this book he recalls more than 40 years of his choral and performance career with some of North Americas greatest musicians and artists. W. Ian Walker shares how his strong faith and personal relationship with Jesus Christ combined with vocal and choral music to become the cornerstone of his success in overcoming Attention Deficit Hyper Disorder (ADHD) and related issues, such as low self-esteem, depression and a learning disability.

Ian was identified as having a learning disability in the early 1970s, but was formally diagnosed with ADHD in the spring of 1996. At that time he undertook Christian counseling and delved into a study of ADHD to deal with these painful issues. 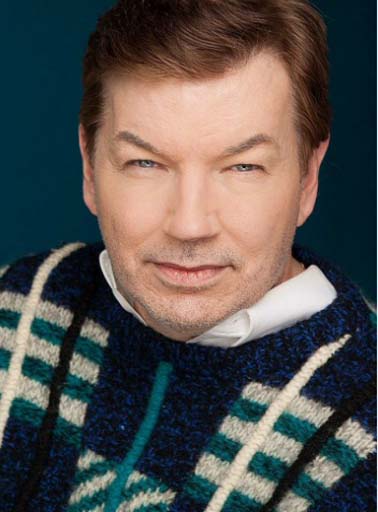 His life-story is one of overcoming many obstacles associated with this disorder  verbal abuse, school bullying, poor academic standing, employment instability, financial hardship and divorce. In this book Ian offers insight into a life and relationships influenced by this disorder and shares the joys and sorrows of adapting to it. He also shares stories and events of a fruitful relationship with his second wife, his blessed Elaine. It has resulted in a happy second marriage of more than sixteen years.

Ian has formed two companies Emlian Music Group (2000) & Emlian Communications Group Inc. (2006). He holds a BA in Theatre and Film from McMaster University, Hamilton, ON and a Post Graduate Certificate from Humber College, Toronto in fundraising and volunteer management. Ian is the recipient of the Imperial Oil Scholarship to the Banff School of Management, Development for Arts Administrators Seminar.

In December 2010, Ian was awarded the McMaster University Centennial Award from the McMaster Association for Part-Time Students (MAPS) for his efforts achieving a degree despite a learning disability, and for his involvement with MAPS and other Hamilton arts and social service nonprofit organizations.

In his book Ian recounts the beginnings of his vocal career in 1980s as bass-baritone and chorister with the Toronto Mendelssohn Youth Choir. He shares special memories of his involvement in 1981 with The Young Artist Vocal Program of Boston University Tanglewood Institute (BUTI) where he met Leonard Bernstein and interacted with other well-known classical musicians and artists. Ian writes about his vocal and opera studies and his long-lasting friendship with Canadian and international classical soprano, Adrianne Pieczonka, O.C.

Ian also relates moments and events from his arts management career when he was mentored by Robert Cooper, C.M (Conductor), Canadian and International icon, the late Maureen Forester, C.C., contralto, and was privileged to have a unique friendship with another mentor, Canadas veteran founder, producer and choral entrepreneur, the late Nicholas Goldschmidt, C.C.

In spite of his learning disability; throughout the 1990s Ian continued his dreams of promoting the Christian Contemporary Music genre (CCM) to Canadian and international audiences. He was involved in many projects, producing, writing and broadcasting for Christian television networks and interviewing some of CCMs legends- Sandi Patty, Ralph Carmichael, Andrae Crouch, Randy Stonehill, Phil Driscoll, Steven Curtis Chapman, Steve Green, Mark Lowry, Cindy Morgan and many more. In the fall of 2005, Ian became founder, music director and conductor of the newly formed Youth Choir for the Nations Canada. The Youth Choir sings in English, Urdu, French and Spanish. During the 2006 Christmas season, the Choir participated with International Christian artist, Nancy Honeytree Miller. The Youth Choir had their first appearance on 100 Huntley Street, a National Canadian Christian Television program. Nancy Honeytree Miller has become a friend and mentor to both Ian and Elaine Walker and authored the foreword of his book "Stirring My Soul to Sing, Overcoming Obstacles of ADHD".

For more information about the book, and where to purchase, Click Here.